On January 16, 2020, our amazing Superintendent Timothy Lindsay gave a presentation on the rich history of Virginia Robinson Gardens.  Before the talk, the guests mingled with each other while enjoying scrumptious tea sandwiches and desserts in the Pool Pavilion. Betty Goldstein, Chair of the Membership Committee who organized this special event, pointed out that the miniature chocolate muffins are from one of the recipes Virginia used for entertaining. The recipe came from the Ideal Cookery Book by M.A. Fairclough, published in 1911.  (Betty added that the muffins need a little more flavor. Elaine Stein, who is also on the Membership Committee, made these muffins and recommended the addition of a little more sugar, salt, and vanilla to enhance the taste. The recipe was given to all those present).

Our wonderful President of the Friends Patti Reinstein then introduced Tim, saying, “Tim has been here for 22 years and has restored the garden to what it used to be when Virginia lived here. He has a wealth of knowledge and is a good friend to all of us Friends. He is our partner in keeping this place alive and well.”

Tim is the author along with Marcella Ruble and Evelyn Carlson of the book, Beverly Hills’ First Estate: The House and Gardens of Virginia and Harry Robinson. Jamie Wolf and Maralee Beck edited the book. Tim is a real treasure, and as Maralee once said, “We won the lottery when Tim came to work at the Gardens.” Before his tenure, many plants had been haphazardly added with no thought to the original design, and none of the water features worked. Under his dedicated and outstanding leadership, Robinson Gardens has thrived and flourished as a magnificent estate.

Tim had many amusing anecdotes and said that Mrs. Robinson had three majordomos (head of staff) during her 66 year residency at 1008 Elden Way. Ivo Hadjiev was the last majordomo who worked for Virginia the last 10 years of her life from 1967 to 1977 when she was age 90 to 100. Virginia had many friends, and she was still very active. Tim added that she said, “One of the secrets to life is making younger friends. It keeps you going with the times.” Ivo told Tim many stories about Virginia and the significant social events that occurred in her house and the community due to her philanthropic work and her generous hospitality.

Tim remarked that Ivo was a very interesting person. He was very well educated, spoke five languages and had a doctorate in philosophy from the University of Rome. He was Bulgarian, and the Minister of Arts for the government of Bulgaria. While working in that capacity in Rome, the communists took over Bulgaria. Ivo then claimed political asylum in Rome where he worked at the Vatican. There, he met Cardinal Mahoney who recommended him to Virginia. Tim said that his conversations with Ivo were in large part the basis of the book, Beverly Hills’ First Estate.

In 1904, Virginia married Harry, the heir to the Robinsons store. They were very much in love and devoted to each other and to developing the cultural community of Los Angeles. They traveled around the world for three years on their honeymoon where they purchased merchandise for their store and their future home. Virginia’s architect father Nathaniel Dryden designed and built their dream home in 1911 atop of a knoll in Beverly Hills with the property offering magnificent views to Catalina Island, the Pacific Ocean, and three mountain ranges.

Harry’s father advised him not to buy on credit, saying, “Never do anything, including for the store, unless you can pay cash.” Harry waited until 1925 when he had the funds to build the exquisite Pool Pavilion. It was designed by Sumner Hunt who also designed Los Angeles City Hall and the Ebell Club among other significant buildings in Los Angeles. A neoclassical Italianate building, the Pool Pavilion is a miniature version of different architectural elements of the Villa Pisani in Italy. Four years later, Harry added a billiard room and card room for Virginia and her friends. The Robinsons enjoyed swimming, playing tennis, bridge, and entertaining.

Unfortunately, Harry died in 1932 when he was almost 54. They had no children, and Virginia never remarried. She remained very active on the board of the Robinsons store. The most influential man in Virginia‘s life besides her husband was her mother’s brother Leslie Brand who was the founder of Glendale. He advised her on many business matters.

Virginia’s vitality shone from the photos Tim showed the group. She loved dancing and entertaining and gave many costume parties. George Cukor, Charlie Chaplin, Lillian Disney, Dorothy Chandler, and Pearl Mesta were regulars. For her parties, she instructed the gardeners to bring her flowers for her tables that matched the hue of her outfits. She bought the latest fashions from Dior and Coco Chanel who was also a friend that Virginia used to see when she stayed at the Ritz in Paris. At the start of her week on Mondays, Virginia would plan three separate menus with Ivo: one for her, one for her staff of 21, and one for her parties that week. Virginia also loved animals; she had dogs and monkeys, and there is a pet cemetery on the property. She was very philanthropic. Although a registered Democrat, she gave the same amount of money to the Democrat and Republican parties.

Virginia took pride in her garden. When she was nearly 100, someone asked her, “How long did it take you to complete these gardens?” She answered, “An entire lifetime, and it’s never finished.” Tim showed the group how the various gardens had evolved over the years. Tim continued, “We operate Robinson Gardens as an as-found museum meaning that everything that’s here was where it was when she lived here; this is a period garden.”

On the property, there is a glorious semi-double camellia that blooms from January through April. Tim said that Virginia purchased multiple truckloads of azaleas and camellias for many years from the Nuccio brothers’ nursery. The Nuccios decided to breed a camellia that reminded them of their dear customer and friend. They named it Virginia Robinson, and its hue is her signature color — a beautiful orchid pink.

Tim concluded with a touching story. Every year, over 2000 children visit Robinson Gardens on tours. They are amazed by the space, colors, fragrance, feel and the flowers and vegetables in the garden. Every spring, a Science Fair is held for the children. Tim was talking with a DJ that was hired for the Fair and asked him how he got started. The DJ mentioned that he built his own business, and that five years ago, he was one of these children that came to the Fair. The DJ was very proud that he had created his own business, and that he was no longer in foster care.

Tim conveyed beautifully the positive energy and the sheer magic of this jewel of an estate that started with the Gilded Age and continued through the Golden Age of Hollywood. He signed Beverly Hills’ First Estate at the end of the lecture. To read more about Virginia and Harry’s fascinating story, you can buy the book at the Virginia Robinson Gardens.

To know more about Tim, please click on these links:

Post and photos by Linda Meadows
Friends of Robinson Gardens Board Member
Editor of the VRG eNewsletter, the Happenings 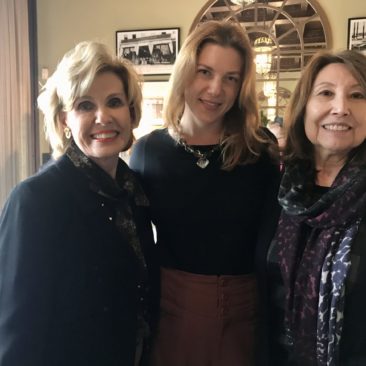